This piece (Psychopath Billy Wright and the question of collusion) by Brian Rowan, the BBC’s  highly experienced former Northern Ireland Security Editor, got me thinking more about how far this issue of state ‘collusion’ goes in today’s Northern Ireland.

‘It has got to the point where collusion is no longer contested. It is a conflict fact, with the only arguments and debates now around the scale and definition of what happened. …….

‘Nelson, Scappaticci, Haddock and Haggarty merely scratch the surface; they are but corners in a bigger picture…..

Notice the use of the word ‘collusion’ in this context. Language is so important and the use of certain words is always significant. ‘Collusion’ has become the label attached to this issue. I doubt if that’s by accident. A definition of collusion is ‘secret or illegal cooperation or conspiracy in order to deceive others.’ This implies that the state merely ‘cooperated’ with paramilitary groups. This is bad enough, but I believe it went much further than a passive ‘cooperation’. 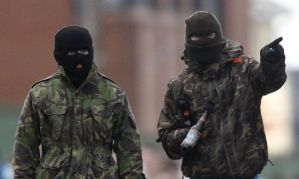 Why would the state – one as powerful and experienced as the British in colonial matters – be content to merely ‘cooperate’ with people they define as ‘terrorists’? What was their motivation here?

The accepted wisdom is that the state at all times seeks to control and defeat opposition to its authority. So in this context ‘collusion’ can be seen as well-meaning. It was just to defeat the ‘terrorists’ on behalf of all law-abiding citizens whose safety the state are responsible for.

But this ‘collusion’ is now exposed as being all-pervasive within paramilitary groups, according to experts like Rowan. So if you cooperate with both sides and have key agents at all levels in both opposing armies at some point your ‘cooperation’ must allow you to actually control events and you become the puppet-master, moving your ‘assets’, your pawns, on a chessboard.

If so, it prompts the question why did it take the British almost thirty years to bring the ‘armed struggle’ to an end?

Could it be that the British  control of all paramilitary groups in Ireland was used to play war games, to run scenarios to develop and perfect techniques of infiltrating and controlling opposing forces during civil unrest? If this was the case, and the evidence is compelling, then it was not in the interests of the state to allow the conflict to end until their research was complete. When that was the case they could allow the scenario to move on to its next phase.

This brings me on to my next question.

No one talks about the possibility of state agents, planted within political groups here, seeking to manipulate our political discourse. The focus is all on past ‘collusion’ of paramilitary groups. Yet we know for a fact that British secret services do infiltrate political groups throughout these islands and, given their expertise in infiltrating the paramilitaries, it surely must be a given that they have repeated the exercise within the political class in Northern Ireland.

So is it legitimate to pose the question that if the British largely controlled the conflict here, do they now control the politics of the ‘peace process’?

I am inclined to believe so and, if you believe that, you must look at politics here in a very different light.

Once the British decided that the conflict no longer served any purpose here, in terms of state war games, a political process was put in play i.e. the ‘peace process’. The state wanted to see how you could move a conflict situation on to a peaceful one bringing two warring sides together in government. This was cutting edge stuff that could be used throughout the world. So much so that the Americans wanted a slice of the action. They sent a top flight ‘envoy’ over to help run the model – Senate Majority Leader, George Mitchell who became the frontman for the negotiations. He was followed by other ‘envoys’ each of whom were very senior American diplomats. British Prime Minister, Tony Blair, also took an extremely close and unprecedented interest in the process. In fact the close interest and involvement of the British and American governments, right up to President and Prime Minister, was unprecedented for such a small region as Northern Ireland.

The outcome was a success, bringing sworn enemies and ‘former terrorists’ into the government of the British state. The ‘former terrorists’ were turned into reliable and loyal administrators, leaving their violent past behind them. The leader of their implacable opponents, Ian Paisley, a man with his own paramilitary past, broke all expectations and not only shared power with former IRA personnel, but became a close friend of ex-IRA leader, Martin McGuinness.

The Good Friday Agreement and its institutions were held up as models of ‘reconciliation’ around the world.

However, when the British decided to leave the EU,  the ‘peace process’ became at risk. Northern Ireland was a highly sensitive region with its controversial land border. It was felt that having a strong local voice from within the Stormont institutions would complicate negotiations enormously. The crunch came when these former enemies – DUP and Sinn Fein – were about to sign a non-aggression pact in December 2016. The one risk the British wished to avoid was a genuine coming together of the warring factions. Their worry was that if the GFA remained in place long-term this was a probable outcome as the old ‘Troubles’ generation of politicians left the stage. The British had been looking for a trigger that could be used to bring down the power-sharing executive and return the region to a more manageable state of impotent divisiveness during the Brexit negotiations. A financial or sexual scandal was the preferred option. They had already run several scenarios.

The massive misuse of public money on the Renewable Heat Incentive under the management of the DUP had been known about for some time by all sides. The state broadcaster, the BBC, was used to expose the scandal and to give it a high enough public profile to cause widespread concern. Nowhere else in the UK has the BBC ever engaged in the type of investigative journalism that could threaten political stability. But Northern Ireland was seen as very different: it was in effect a laboratory for running social and political experiments, so the same rules did not apply. 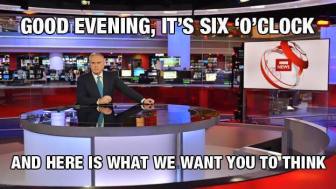 Yet the Stormont institutions were the jewel in the British crown. To do anything that would risk causing instability in such a sensitive place was not something the BBC would be allowed to initiate. They were of course acting on behalf of government.

Arlene Foster, First Minister and DUP Leader, reacted angrily to the accusations. She refused Sinn Fein’s request to stand aside while investigations were carried out. Relations between the DUP and Sinn Fein very quickly reverted from a grudging acceptance of each other to traditional animosity. Foster referred to her opponents as ‘crocodiles’; Irish language funding was withdrawn.

DUP insiders since this time have claimed Foster was ‘badly advised’. You wonder just where exactly she got her bad advice from. Without her mishandling of the situation the collapse may have been avoided. Was she manipulated by state agents within the DUP?

Of course there is also Martin McGuinness’s sudden and mysterious illness.

It was a perfect storm. The institutions collapsed and the British have done little since to resurrect them. Certainly no British Prime Minister flew in a la Blair to patch things up. The Brexit negotiations have proceeded with no coherent voice from Northern Ireland on the border issue. The DUP and Sinn Fein speak from their respective camps without the authority of a First or Deputy First Minister.

Now Northern Ireland is in limbo. A limbo that will probably last until the outcome of Brexit is clearer. Then other scenarios will be run most likely initiated by state agents. 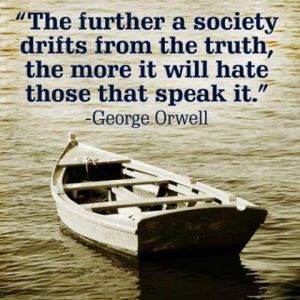 Published by william a methven

Historical novelist, economic activist, lobbyist and baker. Lives on the north coast of Ireland. View all posts by william a methven