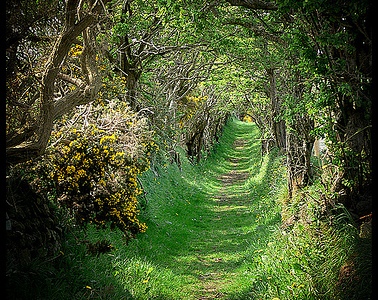 “This is a remarkable book. It has a smooth narrative flow and a great visual appeal and I keep thinking of it in terms of a film, possibly along the lines of Lord of the Rings, it reads like a traditional Irish myth.”

“This is such an important book for the Irish people, because they all will be inspired to the original faith they will find in their own hearts and it could give the Irish the promise of a new start in life among each other. Therefore, I expect it to be a real and very important bestseller in Ireland, and hopefully in the whole world.
I am flabbergasted by this book. It remains exciting until the end (and afterwards somehow). The story is always unexpected and surprising. …… And one is left with questions and speculations, but not so that it is disappointing, no, it is quite alright and wonderful.”

“This book shows an author who has steeped himself in Christian history and used it to tell a tale of early Christianity and its long and complicated development throughout the world. We feel the heat of the sun, the arrogance of power, the grief of the disciples over their dead Master as though it was a contemporary tale. For those with no religious belief, this is an absorbing tale of deception, hidden documents, a hidden body. For those with religious belief, it brings alive the early days of Christianity in all its bloody fearfulness. The writing is lively and accessible. William Methven is a writer who has the invaluable gift of making the familiar, unfamiliar and the unfamiliar, familiar.”

“The Hare’s Vision is a compelling, gripping and above all very plausible story. Comparable to the works of Dan Brown et al. Methven has captured the mood very well and takes the reader on an unbelievable journey through history and how this has shaped the world of today. Unputdownable…”

Dr. James Hiddinga
Author of The Vision, Transformation to a New Life

“Thank you for your book, The Hare’s Vision……it was my favourite book of the year and I read a lot!”

“Ever read a book that as you get closer to the end that you slow down so it lasts longer? That’s what I’m doing with this book by William Methven.”

William Methven’s ” The Hare’s Vision” is a tale about a trip from Eqypt to Ireland to protect some holy scrolls . The Travellers have the last Testament of Jesus Christ written by JC himself. The Roman Church is also trying to get a hold of these scrolls and there is a race and a chase to get the scrolls to the safety of Ireland. While the Testament is at odds with The standard Christian narrative of the Resurrection it does emphasize the Golden Rule — Do onto others as you would have them do onto you. You are in suspense for much of the book as to what is contained in the Testament. But really the book is a great tale about a trip from Eqypt to Ireland with changelings such as Zachariah the talking hare. This is what makes the book so wonderful. You can imagine the conversations between the monk Cormac and the talking hare Zachariah. It reminded me of the Hobbit stories. A great read! I think it would make a wonderful movie.